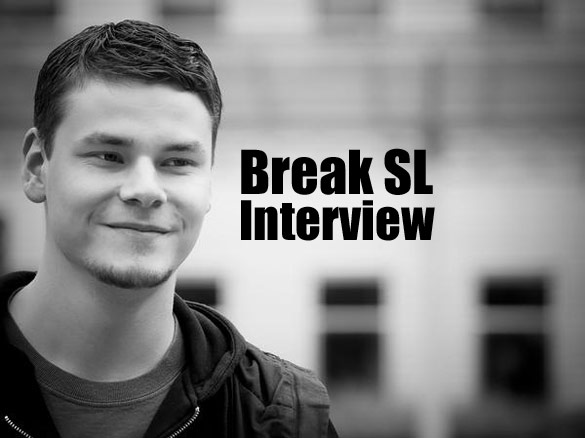 2 is a good number for german newcomer Sebastian Lohse aka Break SL. He’s only 22, and has released 2 12″ on Philpot, which have both received nice reviews and feedbacks. Sebastian is also Dj, and after having cooked a delicious slow deep&groovy house mix for Boing Poum Tchak!, it’s time to know a bit more about him and his debut album planned in 2009.

Where do you live ?

Since 2004 I live in Dresden/Germany. It’s the capitol of saxony and it’s a very cultural city. We have two excellent record stores, some small, but real nice clubs and a lot of extremely talented people in here, all them taught me a lot about music… So I owe a lot of things to this city.

When did you start making music ?

I grew up in a typical small town, with no real music scene. But already as a child I listened passionate to music. Especially I liked tracks without too much vocals, I think we would now call it dance tracks. Then in the late nineties my mother gladly wanted to visit the Love Parade and she asked me if I would like to come with her. For me it was an amazing experience, because it was the first time I realized the power of techno. So I started a deeper research in electronic music. In 2000 we were on an educational journey in Leipzig, it was the first time I visited a record store. I bought one record and from that day I knew that I wanted to be a dj. It took me quite a while to get the money for two turntables. First in 2002 I started real djing. Over the years I wanted to find out more and more about this music and make my own music. So around 2004 I made my first tracks, predominant with software. Then, I bought more and more hardware stuff.

How can you describe your sound ?

Even if this word is overused nowadays, I would call my sound “deep”. As dj I like playing slow, I always try to make a journey with the audience, so I play Techno-House from Detroit to Chicago, Disco, Jazz, Dub and Hip-Hop. It always depends on the situation and the audience… But I always try to transfer the soul and the energy of this wonderful music. Similarly it acts while I’m producing, but while doing this, fortunately nobody sees me and so sometimes it can happen that I drift in to my own freaky-fantasy-hypnotism-sound-world ;-).

In my mind the difference between an album and a 12″ is, that you have to tell a story from the first track till the last track. It’s a very interesting playground, because this format gives you the possibility not only to make “4-to-the-floor” tracks but also more experiments. I’m very curious, I hope it’ll work.

Why did you choose Philpot for releasing your music ?

For me Philpot is one of the best labels regarding to underground dance music. To work with Michel (Soulphiction) and Tobi (Blacktrane) is really easy, relaxed and fair, I simply love it.

You plan to release your debut album in 2009. Is it ready ? What are the differences between producing an ep and composing an album ? Do you work differently on it ?

It’ll be on Philpot, too, but it isn’t ready until yet. A lot of work lays in front of me. I’ve lots of old stuff but I want to make this album mostly with new stuff. So in the second half of this year I will take time to make it. As I wrote above, I work more and more with hardware, so the motto will be: “more hardware, less software”. Momentary I don’t have a name for it, but as always it’ll come with the workflow. In my mind the difference between an album and a 12″ is, that you have to tell a story from the first track till the last track. It’s a very interesting playground, because this format gives you the possibility not only to make “4-to-the-floor” tracks but also more experiments. I’m very curious, I hope it’ll work. 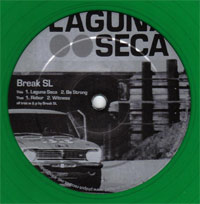 How did you prepare the mix for Boing Poum Tchak! ?

I made the mix as all my mixes, I selected my favourite records and mixed them together. In this mix there are some older tracks like Theo Parrish, Master C & J and Instinct, some tracks are made by friends of mine like Jackmate, Kern and Move D and some tracks are produced by artist and labels I admire very much like Newworldaquarium, Osborne, Aroy Dee or FXHE Records only to name a few. So i hope the people like it.

What are you expecting now ?

First I hope that my family and all the nice people around me stay healthy. Then I hope that I’ll find a good vibe for making a good album. In the last months I traveled around a lot, met many interesting people and played at some real nice venues in Germany and Europe, it would be cool if this would move on. In septemeber some friends and I will launch new party-series in Dresden’s hottest club “galerie disko”, first guest will be Move D. So I also hope this will run. Also I’ll plan to make music together with some other people, so watch out !

Listen to his mix for Boing Poum Tchak!